The Lebanon-American Club of Danbury is a community organization that was founded in 1922, and has been a positive and unifying presence in the region ever since, through ongoing involvement with civic and cultural activities in Danbury.

The Club has awarded thousands of dollars to college-bound students through it’s annual scholarship program and supported my local organizations.

We host numerous social events throughout the year, including Friday Night Dinners, our Sporting Events watched on Big Screen TVs, or outdoor, such as the Golf Outing Classic. In addition we hold cultural events such as Teachers Exchange Program, Lebanon Day and Persons of the Year.

Please look through our site to find out more about our organization and what we do.  If you're a current member you'll find the latest issue of Community News .  If you're not a member, and would like to find out about joining please contact us via email or phone.

History of the Lebanon American Club

The Lebanon America Club or the “Club,” as it is often referred to in the community was founded in 1922 as the Syrian American Club[1] by Assad Lataif, George and Frank Kaidy, Abraham Louis, Joseph and Chicory Buzaid, Nicholas Jaber, Saleem and Joseph Basher and Edward Mammary.  The name was changed to the Lebanon American Club of Danbury in 1938.  The Club initially assisted members in becoming American Citizens, learning English, and served, along with the three sister parishes of St. Anthony, St. Ann, and St. George, as a social support system for Lebanese and Syrian immigrants and their descendants.  In its first years the Club held meetings at various Danbury locations until constructing a permanent home in 1937 in what was known as “Little Lebanon” on New Street in where and in 1993 moved to its current West Street location.  Ironically buying the “Danbury Club” building, an organization which had for many years denied membership to Lebanese and Syrian Americans.

During the Great Depression the Club financially assisted members of the Arabic community in financial distress including providing those in danger of eviction with rent subsidies.  When the Club experienced financial difficulties in 1940, the Young Women’s Syrian Lebanon Society raised funds that were instrumental in maintaining the Club and even helping to expand its activities.  Since its early years the Club has been highly active in the civic and cultural life of the Arabic speaking community and the community at large with many members being major contributors to the economic, professional, and social fabric of Danbury.  Despite growing numbers and economic affluence, the Lebanese community shied away from politics for years as they came from a land ruled by Ottomans and French colonial occupiers leaving them with little experience in democracy and a fear of government officials.  In 1920 there were only 15 voters of Lebanese or Syrian origin in Danbury.  This fear diminished and then vanished in 1937 when Chicory Buzaid was elected as Danbury City Sheriff, the first Lebanese American elected to public office in the State of Connecticut.  Throughout the 1940s, 50s and 60s the Club’s membership and its activities expanded with regular dinners, student scholarship programs, fundraisers for members in need of assistance and supporting the three sister parishes’ annual Labor Day weekend “Mahrajan” (Festival) celebrating our Lebanese and Syrian ethnic heritage with three days of food, music & dancing.

The Labor Day Mahrajan ended in mid 1970s and as with many ethnic groups, over the decades the decedents of the original Lebanese and Syrian immigrants began losing the Arabic language and some of their ethnic identity and ties to the Middle East. However, that changed in the late 1970s and 1980s as a new wave of Lebanese immigrants arrived in America fleeing the Lebanese Civil War. Their arrival in the Danbury region sparked a revival of ethnic traditions among many in the Lebanese and Syrian community.  New shops and restaurants with Lebanese goods and cuisine opened and a new wave of Lebanese festivals, dinners and ethnic events sprang up throughout Danbury and Western Connecticut.  As part of this ethnic revival Club activities expanded including the Children’s Christmas Party, the Scholarship Award Dinner which has grown immensely providing tens of thousands of dollars in college scholarships to High School graduates and regular membership dinners.  The Lebanon American Club Ladies Auxiliary, which existed in various forms dating back to 1940 has, over the decades, expanded to hold regular fundraising and social dinners, wine tastings, special social events and is a major contributor to overall success of the Club’s programs and activities.

In 1995 the Club hosted Team Lebanon participating in the World Special Olympic Games in Connecticut. In the 2000s several new programs were launched which continue to this day including the Lebanon American Teacher Exchange program established in 2002, the annual “Lebanon American Day” Flag raising ceremony first held in 2003. In 2009 the Lebanon American Club established the Heritage Monument committee to pay tribute to their immigrant ancestors which was unveiled at City Hall during the 2010 Lebanon Day celebration. In 2011 the Lebanon Club Persons of the Year Award was established to recognize Club and Auxiliary members, Members of the three sister Parishes and persons of Lebanese decent in the community for significant contributions to the advancement and betterment of the Lebanon American club of Danbury and/or the Lebanese community and Danbury at large. That same year the Club held its first Annual Golf Classic Tournament which has grown each year since then. Throughout the COVID-19 pandemic the Club collaborated with the three sister parishes to help those most in need and to host regular lifesaving Red Cross Blood Drives beginning in late 2021.

[1] At the time of the Club’s founding Lebanon was part of the French Syrian Mandate.  As such, people immigrating from Lebanon to the U.S. were often referred to as Syrians although they were from modern day Lebanon.

The Board of Directors 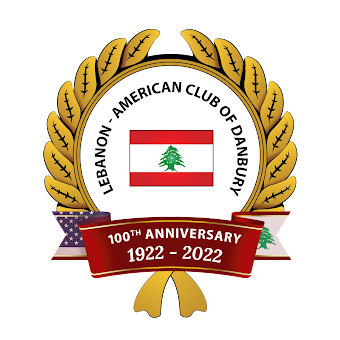 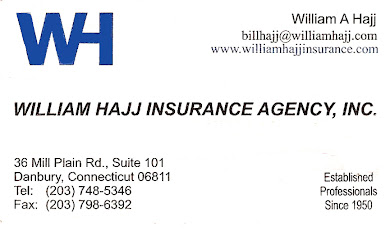 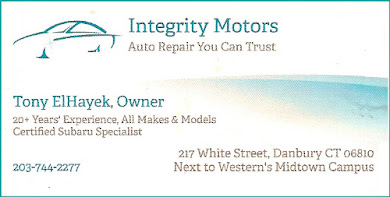 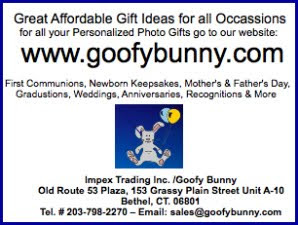